What are mala bead necklaces? 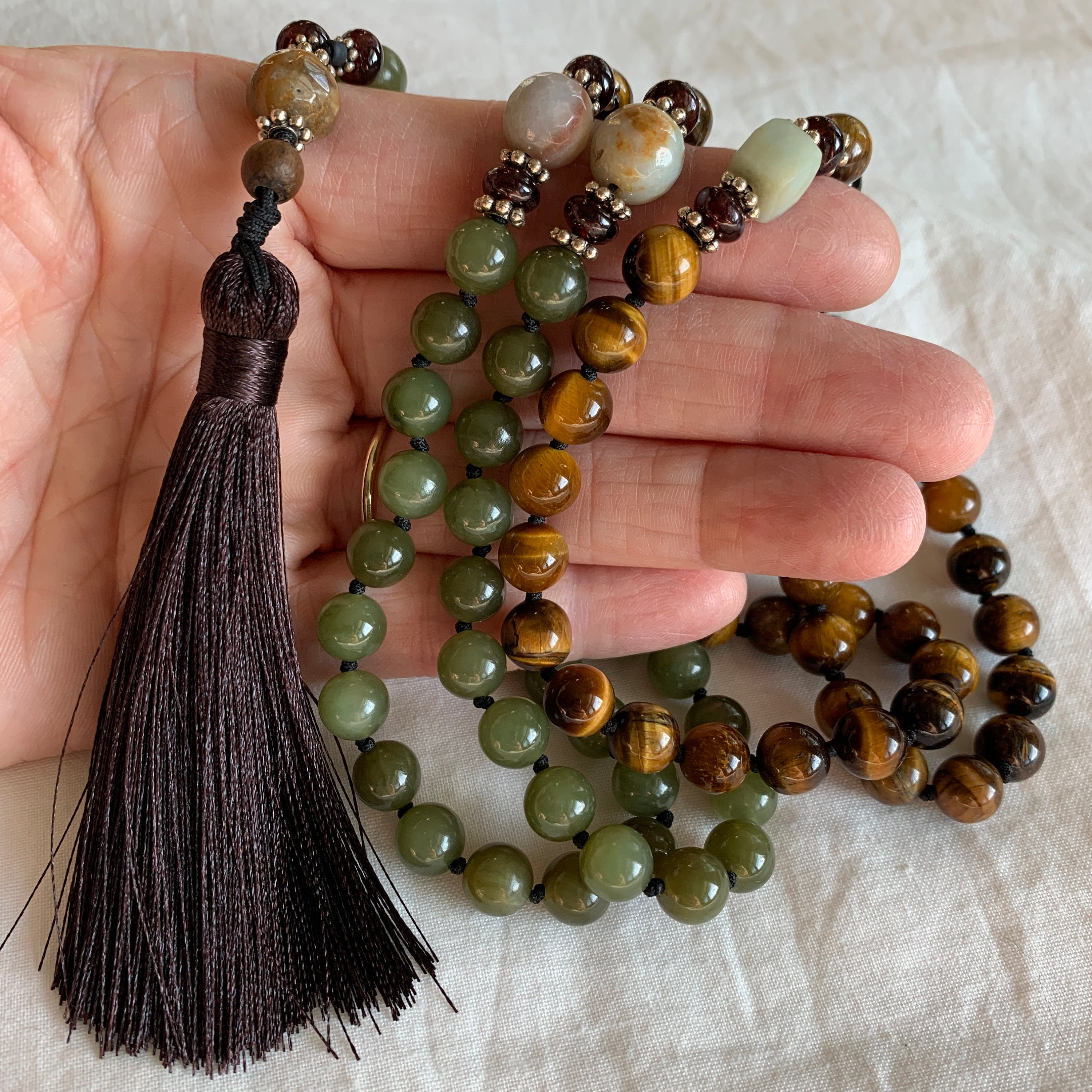 Mala bead necklaces have become a very fashionable accessory and they also have a special place in the heart of some spiritual practices. Mala translates to garland and japamala is the practice of using the string of beads to keep count when reciting prayers, mantras or affirmations. They are akin to rosary beads in the catholic tradition.

I became familiar with mala beads while in a yoga teacher training in 2010. Our teachers gave us each a very simple strand of wooden beads and then explained their use as part of a meditative practice. Held in a very specific way, as prescribed in Hindu tradition, using the right hand and placing the bottom of the stand between the index and middle fingers, the thumb pulls one bead at a time (for each word or phrase of your prayer/mantra) across the middle finger. You contine repeating your positive word or phrase until you go all the way around the strand. After reciting your mantra or prayer, a total of 108 beads, (again a Hindu tradition) or times, you either end the practice or go in reverse all the way back to the start. There is a 109th bead, known as the guru (teacher) or meru (mountain) bead and simply marks the start and end point of the mala. It is not used as part of the count and symbolizes gratitude and our connection to the Divine.

Mala beads have been used in Hindu, Buddhist and yogic traditions for thousands of years. The beads may be seeds, wood or gemstone. They are used in yoga to practice strengthening one's focus and concentration and over time with consistent practice, help the yogi achieve a meditative state.

Anyone can choose to use and/or wear mala beads. They can be worn around the neck or on the wrist, wound around 3 or 4 times depending on the length. When not in use they may be kept in a special place, like a simple altar you can make yourself, and act as a constant reminder of your highest intentions for peace, healing and connection.

0 items in your cart